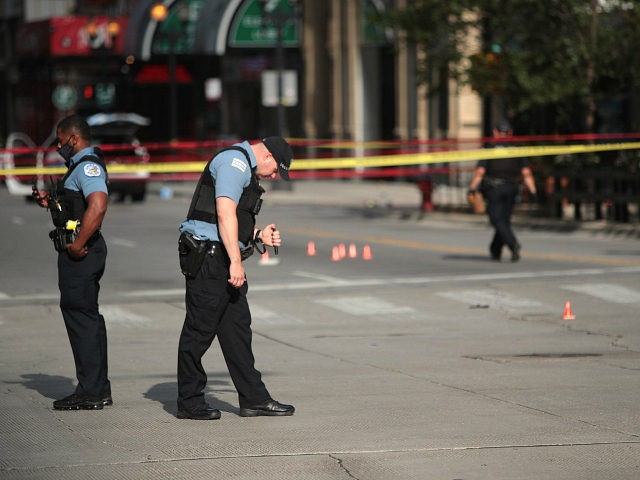 Over 3,100 Shooting Victims in Mayor Lightfoot’s Chicago this Year

The Chicago Tribune reports the exact number of shooting victims at 3,132, and that includes the fatally wounded as well as those who survived.

Homicides in Dem0crat-controlled St. Louis are surging too. In fact, on September 21, 2020, Breitbart News reported murders in Mayor Lyda Krewson’s (D) St. Louis are on pace to reach a level not seen in 50 years.

Moreover, Breitbart News reported that Mayor Bill de Blasio’s (D) New York City surpassed 1,000 shootings for the year before August 2020 was over. The New York Post reported NYPD data indicating there were 1,004 shootings in NYC as of August 30, 2020. There were 537 shootings by that same time in 2019.