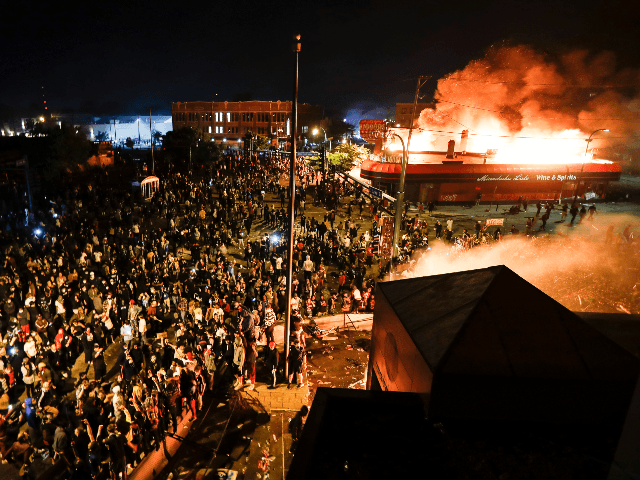 A leaked confidential document obtained by Breitbart News reveals that a coalition of left-wing groups in Minnesota, fearing a possible Trump win, is preparing for post-election mass unrest while planning to execute wide scale “strategic disruption.”

Led by TakeAction Minnesota, described as a “hub for Minnesota’s progressive movement,” the groups warn of a need for mass mobilization in a recently leaked highly confidential document circulating among the group’s leadership and intended as a prep guide for the coming weeks.

“We believe that regardless of the strength of the Minnesota election system, mass mobilization will and must happen in Minnesota to defend democracy,” the leaked document reads.

“We expect that this mobilization will create space and opportunity for unrest, primarily in Minneapolis. In this context, the situation could rapidly spiral beyond control depending on the nature of the unrest and the State’s reaction.”

In an effort to shift responsibility for violence to others, the groups point to the right, as well as the Minneapolis Police Department (MPD), for the possibility of inciting or enabling violence, for which they must be prepared.

“The possibility of right-wing violence is real, as is the possibility of MPD inciting or enabling violence,” the document warns, adding that the MPD is “either disengaged or instigating tension” during and since the “uprising” immediately following the murder of George Floyd.”

“It is unclear who the MPD is accountable and answering to,” the groups state.

TakeAction Minnesota was at the forefront of the protest movement sparked by the killing of Gorge Floyd, demanding the MPD be dismantled and helping spark the nationwide demands to “defund the police.” Following pressure from the group, a veto-proof majority of the City Council pledged to dismantle the Police Department, while promising to create a new system of public safety in the city that is underway.

The groups anticipate outcomes ranging from inconclusive results, to a refusal of Trump to accept results (if defeated), to himself suspected of election interference (if he wins).

In the event of President Trump’s re-election, the document calls for “strategic disruption” through mobilizing masses to take to the streets.