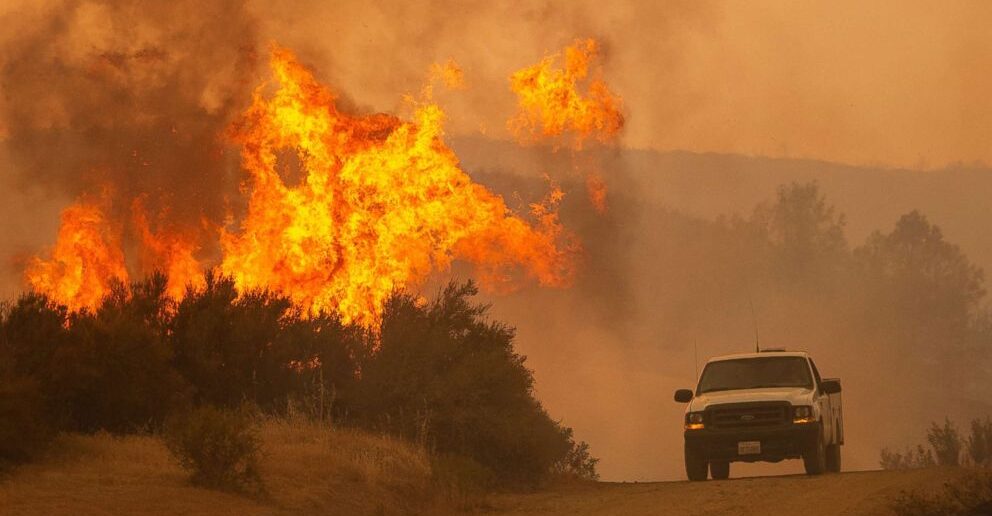 Utility Pacific Gas and Electric’s meteorology team warned Friday that one of the strongest offshore wind events of the fire season could arrive in Northern California beginning Sunday. Ahead of the wind event, PG&E may be forced to cut power to hundreds of thousands of customers to avoid trees and branches from blowing into power lines, sparking fires.

PG&E said more than 466,000 customers across 38 counties, mainly situated in Northern and Central California, could risk potential power shutoffs as early as Sunday morning. The outages could disrupt large swaths of the San Francisco Bay area, the Sierra Nevada foothills, the Central Valley, and the Central Coast.

“Extremely dry, windy conditions with high gusts pose an increased risk for damage to the electric system that has the potential to ignite fires in areas with critically dry vegetation,” the power company said.

The weather forecast for Sunday shows northerly gust of up to 80 mph and low humidity levels. Wind speeds are expected to stay around 20-30 mph, with temperatures in the low 70s, making it a perfect environment for wildfire conditions. The National Weather Service has issued Red Flag warnings for Northern California through Tuesday.

California has faced “extremely high winds, extremely low humidity, extremely dry fuels due to the hottest average temperatures over the last six months, according to records that go back 126 years, and extreme drought across the territory given lack of rainfall,” said Scott Strenfel, PG&E’s head of meteorology and fire science.

Another round of potential blackouts would be a devastating blow for the state, already battered by extreme weather this fire season, scorching more than 4 million acres so far. PG&E has preemptively cut power four times this season, though the new round of outages could be the largest one yet.

Here are the current wildfires burning in California:

Readers may recall La Nina in the Northern Hemisphere has turned the western U.S. into a tinder box.