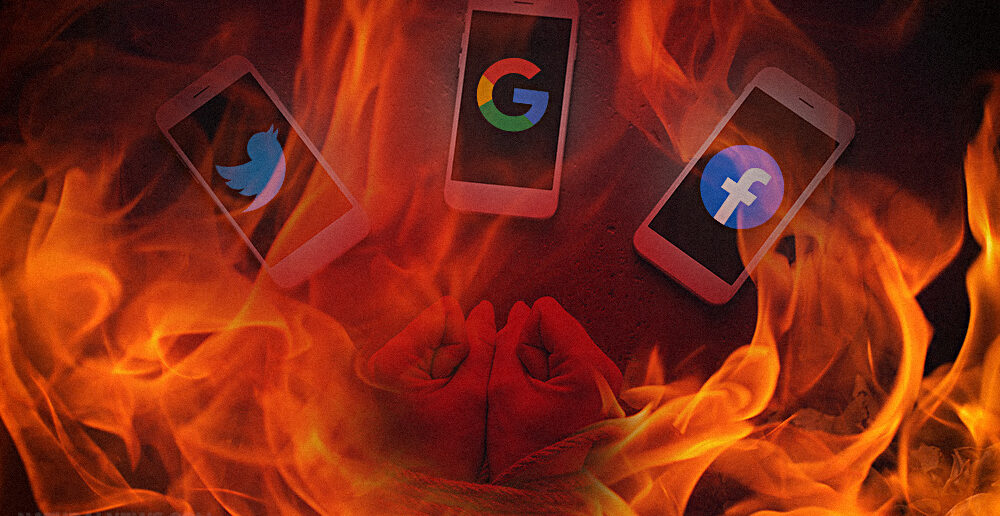 ADL hails Big Tech censors: CEOs are ‘the 4th branch of govt,’ ‘they’re trying to hold the country together’

(Natural News) America is not held together by the people but by a cadre of CEOs who censor the internet in accordance with the demands of the Anti-Defamation League, according to ADL CEO Jonathan Greenblatt.

This is just sad. Mean country, beaten-down people who worship their masters.
Among other things, CEO-worshipping is the major premise of Trump's qualification to lead the government.https://t.co/y9T0pb7k1Q

From The New York Times, “‘We Need to Stabilize’: Big Business Breaks With Republicans”:

Now, in the aftermath of the deadly Capitol rampage by Mr. Trump’s supporters, corporate America is turning its back on many senior Republicans, and flexing its political muscle.

One major trade group called on Mr. Trump’s cabinet to consider removing him from office. Dozens of companies, from AT&T to Walmart, have said they will no longer donate to members of Congress who opposed the Electoral College certification of President-elect Joseph R. Biden Jr.

And a senior House Democrat asked big banks and other financial services companies on Friday to stop processing financial transactions for people and organizations that participated in the Capitol riot.

[…] “I can’t remember a time when the business community has spoken out so strongly in opposition to an administration on so many important issues,” said Rich Lesser, chief executive of Boston Consulting Group.

[…] “C.E.O.s have become the fourth branch of government,” said Jonathan Greenblatt, chief executive of the Anti-Defamation League, which has pressured big companies to take stands on social issues. “They’re trying to hold the country together.”

The ADL two weeks ago demanded Trump be banned from Twitter and Facebook and impeached from the presidency.

Especially after the violence at the Capitol, it is past time for social media companies to take responsibility for the hate & disinformation on their platforms. The #StopHateForProfit coalition is calling on companies to #BanTrumpSaveDemocracy. More here: https://t.co/sRCfOzFtaq pic.twitter.com/LVFb9Opo4H

Excellent step by @Twitter, taking the necessary action that #StopHateforProfit demanded. A fitting end to a legacy of spewing hate and vitriol. President Trump incited the violent riots at the Capitol using social media & paid the price. #BanTrumpSaveDemocracy https://t.co/DoSVxxKUcq

We cannot allow the historic & horrific events of the past 48 hours to fade without significant consequences. In our 100+ years of history, @ADL has never called for the President of the United States to be removed from office. Today, that changes. https://t.co/QWPplt3h6z