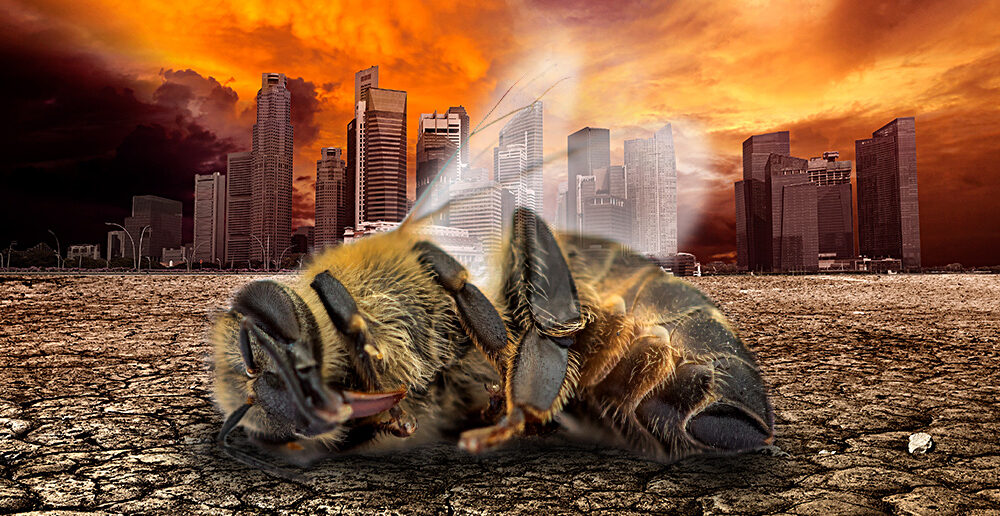 (Natural News) Honey bees in Nebraska have been dropping dead due to an ethanol plant that generates enormous heaps of smelly waste containing unsafe levels of pesticides.

AltEn, a recycling plant based in the town of Mead, has been using pesticide-coated grains to produce ethanol, a chemical used to make biofuel. As a result, the company has been churning out massive piles of toxic byproducts that end up in farm fields or are left rotting on factory grounds.

Judy Wu-Smart, a bee expert at University of Nebraska-Lincoln, said that bees near the area are dying in huge numbers due to the ethanol plant, while birds and butterflies are becoming neurologically impaired. State tests showed that the plant’s waste lagoon contains neurotoxic pesticides called neonicotinoids, or neonics, at levels well above federal guidelines.

In response to numerous complaints, state regulators ordered AltEn to stop sending its waste to farms and to implement a groundwater monitoring plan on top of other mitigation measures. But the company has had multiple problems with compliance.

As part of its ethanol-making process, AltEn produces distillers grain that can be used as livestock feed. But the company’s preference for pesticide-laden seeds means that these byproducts are too toxic to be used as a food source.

Instead, AltEn has been storing the contaminated grains on factory grounds or distributing them to farms to be used as “soil conditioner.” But these waste disposal practices are causing massive problems in the town.

Wu-Smart said that all of the bee colonies in a research farm located around a mile from Mead had died, birds and butterflies in the area appear neurologically impaired, and the number of other insects common to the area plummeted. The bee die-offs, according to Wu-Smart, coincided in timing with AltEn’s use of neonic-treated seeds.

Neonics are a class of insecticides that can affect the central nervous system of insects. Widely used in the United States, these neurotoxic chemicals have been linked to insect die-offs and serious defects in white-tailed deer. Moreover, they are absorbed through the roots of plants and persist for years in the environment.

Wu-Smart has little doubt that contamination from the plant has already spread to distant areas.

“There is a red flag here. The bees are just a bio-indicator of something seriously going wrong,” she said, noting that there is an “urgent need to examine potential impacts on local communities and wildlife.” (Related: While everybody panics about coronavirus, insects are heading for extinction in both the U.S. and Europe … No insects means no food.)

Residents living near the plant also complained about the stench coming from the plant and reported strange illnesses, dead or dying birds and animals getting sick. Mead resident Paula Dyas filed a complaint with the state when her dogs fell severely ill after ingesting some of the waste dumped on a neighboring farm field.

“There is just no regard for how much of these chemicals we’re putting on to the land and what that is ultimately going to do to animals, to wildlife,” Dyas said, referring to state officials’ failure to protect the community. “I’ve gotten a lot of pushback from people at the state.”

Tests ordered by the Nebraska Department of Agriculture showed that the neonic levels of AltEn waste lagoons are above the Environmental Protection Agency‘s (EPA) benchmark levels established to protect aquatic life.