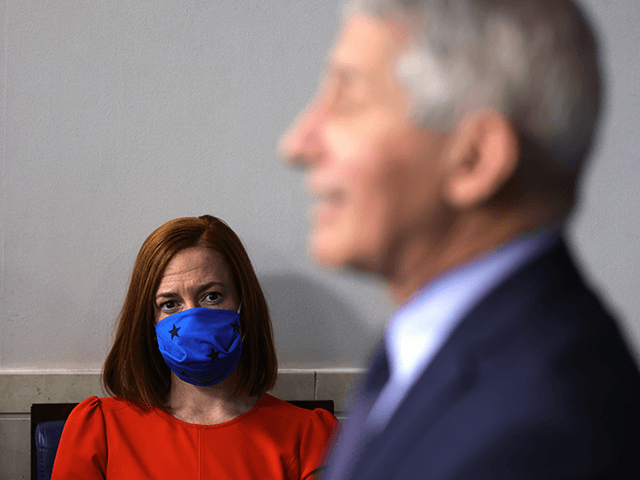 Fauci wore a mask up to the podium, but removed it after he began speaking.

Earlier Thursday, even President Biden spoke and signed executive orders at the White House without wearing a mask.

During the briefing, Fauci said that Americans “absolutely should be wearing a mask” and wearing them properly.

Journalists appeared delighted that Fauci had returned to the briefing room, but especially New York Times reporter Michael Scheer, who asked Fauci to share his emotional response to the change of administrations.

Scheer noted that Fauci had already joked about feeling liberated under President Joe Biden. “You said I was joking about it. I was very serious,” Fauci said with a laugh.

Fauci said that he did not take “pleasure” in contradicting former President Donald Trump, but said he experienced “somewhat of a liberating feeling” to be able to talk primarily as a scientist.

Fauci said that he was pleased that he did not have to contradict the president on issues of science. “It was very clear that there were things that were said, be it regarding things like Hydroxychloroquine and other things like that, that really was uncomfortable because they were not based on scientific fact.”