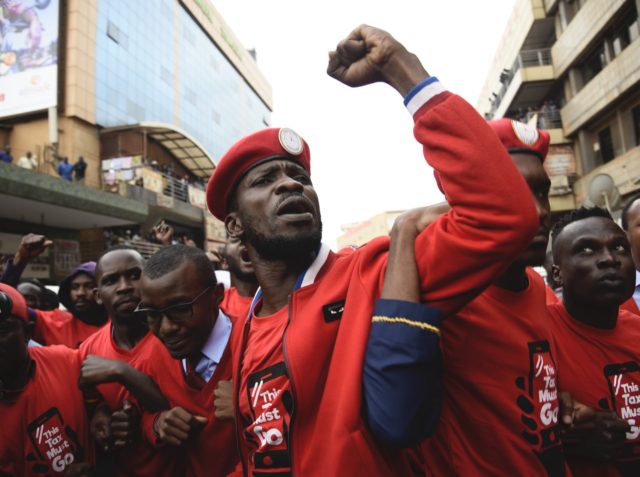 Twitter has spoken out in favor of free speech, and against the shutdown of the Internet — in Uganda.

Twitter’s public policy department tweeted in opposition to reported efforts to shut down internet access ahead of Uganda’s election this week, where President Yoweri Museveni is asking voters for a sixth term. He has been in office for 35 years.

This week, however, Twitter stood up for free speech and the open Internet, arguing that “Access to information and freedom of expression, including the public conversation on Twitter, is never more important than during democratic processes, particularly elections.”

Ahead of the Ugandan election, we're hearing reports that Internet service providers are being ordered to block social media and messaging apps.

We strongly condemn internet shutdowns – they are hugely harmful, violate basic human rights and the principles of the #OpenInternet.

Earlier this week, in close coordination with our peers, we suspended a number of accounts targeting the election in Uganda.

If we can attribute any of this activity to state-backed actors, we will disclose to our archive of information operations:https://t.co/GB71n4avwm

Before the November 2020 election, Twitter censored a New York Post story that exposed emails from the laptop of Hunter Biden, son of President-elect Joe Biden. The emails suggested that then-Vice President Biden met with his son’s business associate from the corrupt Ukrainian energy company, Burma.

Other emails also described the Biden family’s attempt to start a joint venture with a Chinese company, in which Joe Biden — the “big guy” — was to have received a 10% stake.

Former Vice President Biden told reporters on the campaign trail in 2019 that he had never discussed his family’s overseas business interests.