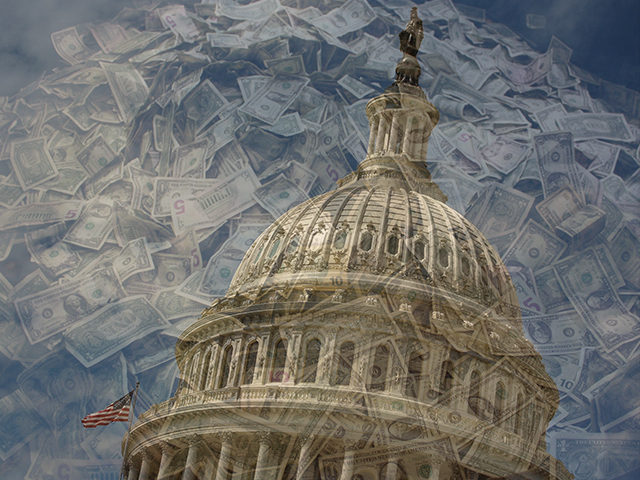 The Committee for a Responsible Federal Budget wrote in an analysis  Monday that the Democrats’ coronavirus bill contains at least $312 billion in policies unrelated to the coronavirus.

The Committee released an analysis of the House coronavirus bill, stating that it:

…is much larger than the needs of the economy, much of its spending is poorly targeted, it includes a number of measures unrelated to the COVID pandemic and economic crisis, and it would abruptly cut off aid to unemployed workers at the end of August.

The nonpartisan think tank noted that the bill contains “at least $312 billion of policies that have little to do with the current crisis.”

“Among the unrelated provisions are a pension bailout; expansions of the Child Tax Credit (CTC), the Earned Income Tax Credit (EITC), and the child care tax credit; an increase in the minimum wage to $15 an hour; and Affordable Care Act (ACA) expansions,” the Committee wrote.

The nonprofit wrote that since these policies are unrelated to addressing the coronavirus pandemic, they “should be subject to normal pay-as-you-go [PAYGO] rules, which means each policy should either be fully offset with new revenue or spending reductions to cover its cost.”

House Democrats established a rule in January that eliminated PAYGO restrictions on coronavirus spending and climate change-related spending, making it easier to spend on these issues without establishing budgetary offsets.

The unrelated policies in the coronavirus bill include:

The Committee also noted that Congress could save billions of dollars by reducing other policies in the bill, such as:

The Committee noted that while relief is needed to alleviate the effects of the coronavirus, the Democrat bill “would spend too much and would poorly target most of its spending relative to actual needs.”