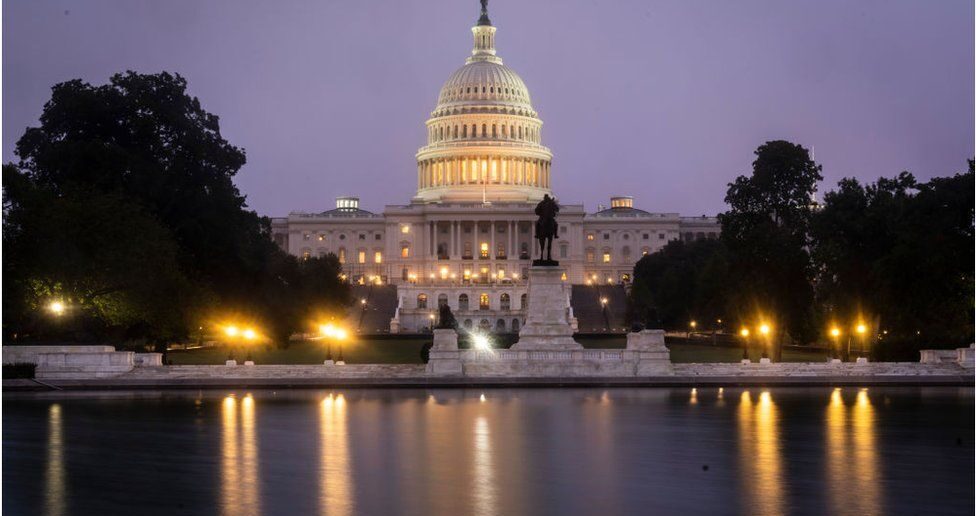 Update (2105ET): The Senate has officially advanced the short-term debt limit by a simple majority vote of 50-48, after 11 GOP lawmakers joined Democrats in a vote to invoke cloture, achieving the 60-vote filibuster threshold.

The $480 billion increase will now move to the House, where it could be considered as early as next week. It should be enough to last through at least early December.

Update (2000ET):  The debt ceiling can has been kicked to December.

After Senate Majority Leader Chuck Schumer set up Thursday night vote on a short-term debt ceiling increase that would leave the battle to be rejoined less than two months from now, in the middle of an already packed congressional agenda, moments ago a procedural cloture vote which needed 60 votes – meaning at least 10 Republicans would need to join McConnell in agreeing to concede – took place and as expected, amid all the high theatrical drama, not 10 but 11 Republicans votes were found to join the Democrats in a 61-38 vote.

The republicans voting Aye were:

So with the vote having passed (Incidentally, Mitt Romey voted no), the next vote to follow tonight will be a vote to raise the debt ceiling by $480 billion where is a simple majority vote is needed, which the Democrats will be able to muster on their own, in the process punting the debt ceiling discussion for some time in mid-December, when as noted earlier, the bond market is already bracing for the next round of high drama with mid-December Bills “kinking” relative to the prior week.