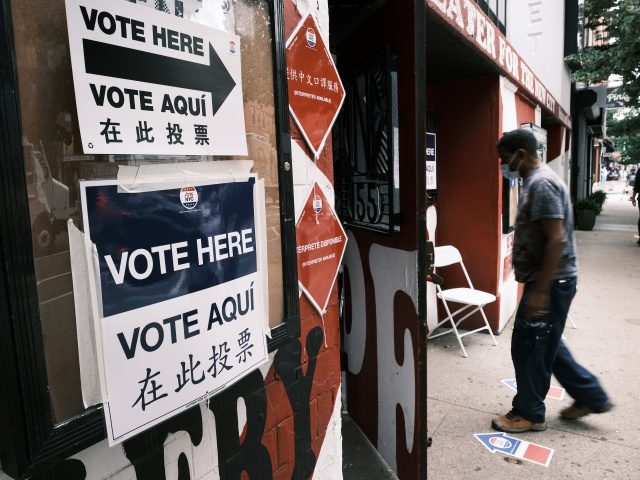 House Democrats this week blocked a plan that would have required states to remove foreign nationals from voter rolls.

On Wednesday, Democrats voted down an amendment by Rep. Rodney Davis (R-IL) that would have kicked likely hundreds, and potentially thousands, of foreign nationals off state voter rolls.

The amendment would have been tacked onto the Democrats’ “Freedom to Vote: John R. Lewis Act” which seeks to federalize all local and state elections with prohibitions on requiring photo identification when voting by mail and weakens current requirements that mandate states routinely clean their voter rolls.

“Common sense will tell you that combining noncitizens and eligible American voters on the same voter rolls is ripe for abuse,” Davis said on the House floor:

All of this could be prevented if states were actually maintaining accurate voter rolls, which has been required by federal law for nearly 30 years. Whether intentional or not, we know this is happening, it’s undermining the integrity of our elections. This amendment would simply ensure those who are noncitizens, who do not have the right to vote in federal elections, are removed from states’ voter rolls. This is especially critical as my friends on the other side of the aisle push for a federal takeover of elections. [Emphasis added]