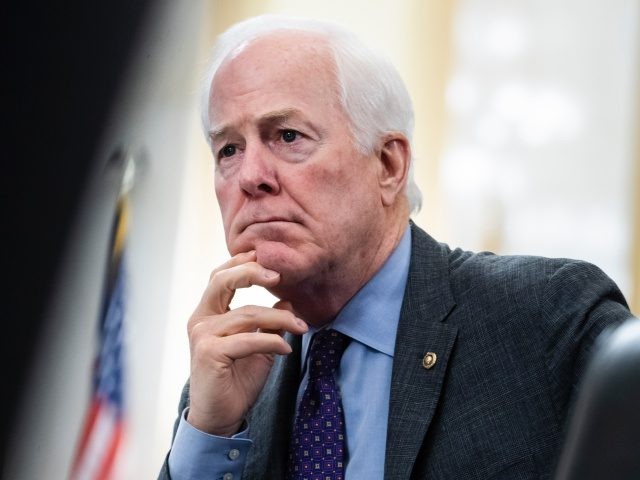 Sen. John Cornyn (R-TX)  pledged on Tuesday to sell out the American people by trying to advance amnesty for illegal aliens after striking a deal on gun control.

After Senate Minority Leader Mitch McConnell (R-KY) tapped Cornyn to negotiate a deal on gun control, he now promised to move forward on a deal on amnesty.

Sens. Thom Tillis (R-NC) and Cornyn have continued to push for amnesty with the help of Democrat allies, including Sens. Padilla and Dick Durbin (D-IL), the Senate Democrat whip.

“The only way that we’re going to get real progress is to have a four-pillar discussion — so immigration reform, DACA, border security and then I think asylum reform is pretty important, particularly with that’s going on with Title 42,” Tillis said in April.

“We’ve got a starting list. There could be some more. But it’s a starting point. I’ve talked to four or five Republican senators today. There’s a genuine interest in doing something,” Durbin said.

Cornyn was recently booed at the Texas annual Republican Party convention last Friday over his work with Democrats to pass gun control.