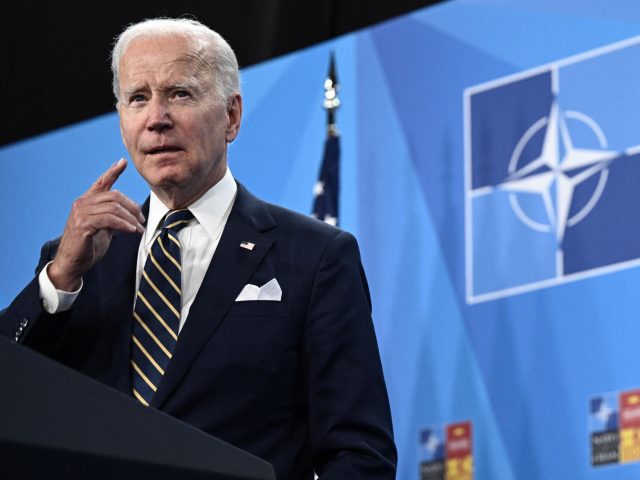 President Joe Biden made a pointed effort Thursday to criticize two branches of the American government during his trip to Europe.

The president first voiced his frustration with the Supreme Court during his press conference in Spain, scolding them for their “outrageous behavior” by overturning Roe v. Wade and ruling in support of the Second Amendment.

He described the Supreme Court as “destabilizing” to the global order.

“We’ve been a leader in the world in terms of personal rights and privacy rights and it is a mistake in my view for the Supreme Court to do what it did,” he said.

Justices to the Supreme Court were nominated by the duly elected president and confirmed by the United States Senate. 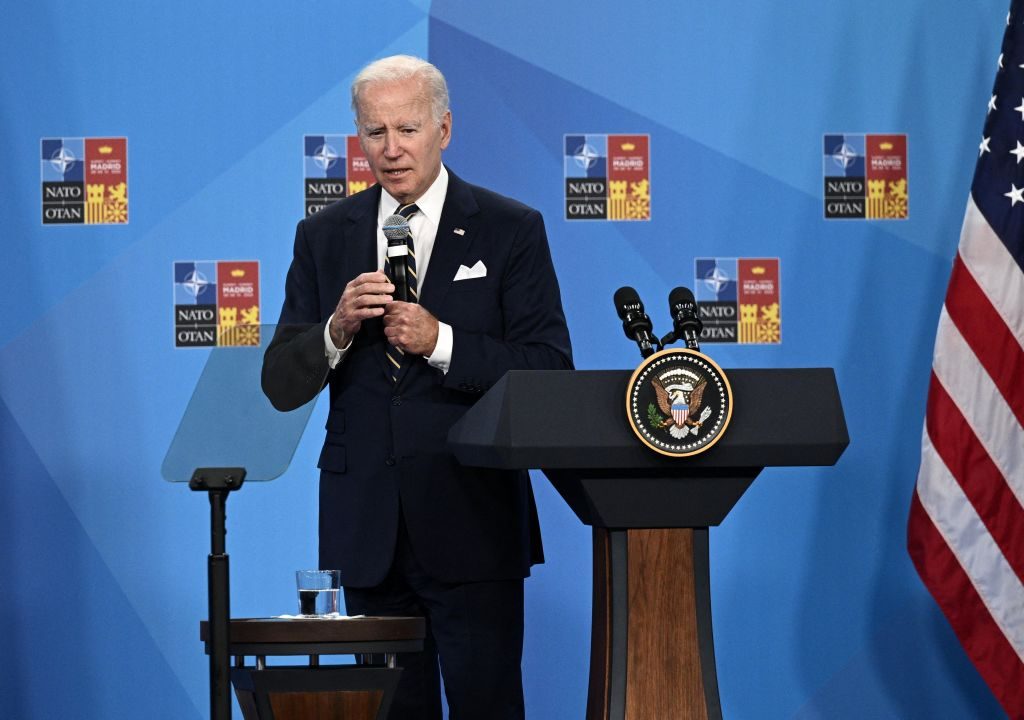 U.S. President Joe Biden gestures as he addresses media representatives during a press conference at the NATO summit at the Ifema congress centre in Madrid, on June 30, 2022. (BRENDAN SMIALOWSKI/AFP via Getty Images)

But Biden boasted of his executive power, noting he was “the best messenger” on the issue of abortion. Biden also boasted that world leaders during his meetings in Europe were nothing but effusive about his leadership rallying Europe against Russia for invading Ukraine.

During his press conference, the president also implicitly criticized the Senate for being unable to codify the right to abortion into federal law, urging them to break the filibuster rules protecting the minority party’s ability to block legislation.

“If the filibuster gets in the way, it’s like voting rights. We provide an exception,” Biden said when asked about the Senate voting to protect the right to abortion federally.

The decision to break the filibuster would fundamentally change the character of the United States Senate, as it would not be limited to certain issues.

Seventy-eight percent of voters believe Biden’s America is on the wrong track, increasing over 25 points since Biden took office, according to Wednesday’s Politico/Morning Consult poll. https://t.co/Tejxy2OEjO

The president’s views on the filibuster are similar to that of former Senate Minority Leader Harry Reid (D-NV,) who broke the filibuster rules on confirming judicial nominations.

Reid’s decision ultimately allowed the senate to confirm Supreme Court justices with a simple majority, which only empowered Republicans to nominate strict constitutional originalists to the Supreme Court.

Biden’s attacks against two of the three branches of American democracy take place as House Speaker Nancy Pelosi and Democrats try to argue that former President Donald Trump posed a threat to Democracy by protesting the results of the 2020 election and the peaceful transition of power.