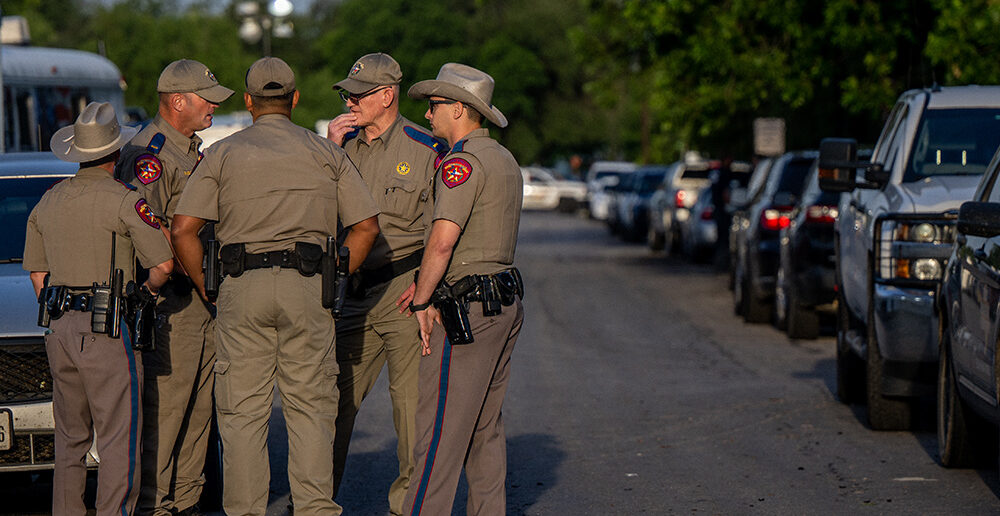 (Natural News) In today’s society, one of the early indicators that someone feels they may be legally responsible for something is that they obtain legal counsel.

And the police officers in Uvalde, Texas, who waited more than 75 minutes to enter Robb Elementary School while an 18-year-old shooter murdered 19 children and two adults have just lawyered up.

What’s more, according to reports, their lawyers are now pushing back on requests for information and records regarding police actions on that fateful day late last month, further indicating that the officers either have extremely guilty consciences (they should) or they believe they could be held legally liable for their cowardice, according to a report from Vice/Motherboard:

The City of Uvalde and its police department are working with a private law firm to prevent the release of nearly any record related to the mass shooting at Robb Elementary School in which 19 children and two teachers died, according to a letter obtained by Motherboard in response to a series of public information requests we made. The public records Uvalde is trying to suppress include body camera footage, photos, 911 calls, emails, text messages, criminal records, and more.

“The City has not voluntarily released any information to a member of the public,” city attorney Cynthia Trevino, who is employed by the private law firm Denton Navarro Rocha Bernal & Zech, said in a letter addressed to Texas Attorney General Ken Paxton.

The city wrote the AG to ask him for a determination about what information officials are required to release to the public, a standard practice in the Lone Star State. Eventually, Paxton’s office will issue rulings regarding which of the city’s arguments have some merit and then which public records, if any, the city is summarily required to release, Vice/Motherboard added.

Still, the letter clearly conveys the city’s desire for it and the police department to be exempted from releasing a range of records in part because they face lawsuits already, in part because some records likely contain “highly embarrassing information,” because some info is “not of legitimate concern to the public,” other information may reveal “methods, techniques, and strategies for preventing and predicting crime,” partly because some of it could cause or may “regard … emotional/mental distress,” and because the response to the shooting is currently under investigation by the the FBI, the Texas Rangers, and the Uvalde County District Attorney.

The report went on to note that Uvalde city officials and the police department have both received more than 148 requests for information combined, and that it seeks to lump all of them into a single legal response, including several from Vice/Motherboard.

The outlet also reported last week on a letter sent to Paxton by the Texas Department of Public Safety asking him to allow for the suppression of body cam footage because making it public could expose “weaknesses” in police responses to criminal actions that could be exploited.

But frankly, it just sounds like the city and its police department simply want to cover their backsides.

“The Uvalde Police Department and Texas Department of Public Safety have been pilloried by the press and the public for standing in the hallway while a gunman killed children—against standard protocol—and for preventing parents from entering the building to save their children,” Vice/Motherboard reported.

And experts are not buying the excuses.

“It’s rather ripe to say any of this is not of legitimate public concern,” he added. “The whole country is trying to figure out how to not allow this to happen again.”

The officers who responded to this horrific crime and did nothing for more than an hour should be relieved of their badges and never allowed to serve as police officers again — at a minimum.