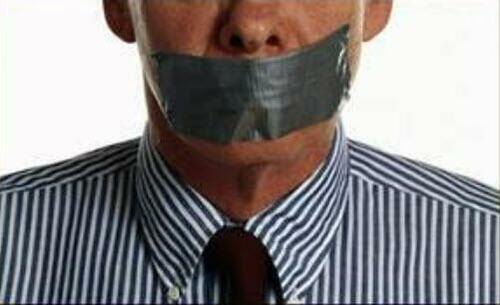 Repression, Terror, Fear: The Government Wants To Silence The Opposition

Authored by John and Nisha Whitehead via The Rutherford Institute,

“Once a government is committed to the principle of silencing the voice of opposition, it has only one way to go, and that is down the path of increasingly repressive measures, until it becomes a source of terror to all its citizens and creates a country where everyone lives in fear.”

This is the language of force.

This is how the government at all levels—federal, state and local—now responds to those who speak out against government corruption, misconduct and abuse.

These overreaching, heavy-handed lessons in how to rule by force have become standard operating procedure for a government that communicates with its citizenry primarily through the language of brutality, intimidation and fear.

We didn’t know it then, but what happened five years ago in Charlottesville, Va., was a foretaste of what was to come.

At the time, Charlottesville was at the center of a growing struggle over how to reconcile the right to think and speak freely, especially about controversial ideas, with the push to sanitize the environment of anything—words and images—that might cause offense. That fear of offense prompted the Charlottesville City Council to get rid of a statue of Confederate General Robert E. Lee that had graced one of its public parks for 82 years.

In attempting to err on the side of political correctness by placating one group while muzzling critics of the city’s actions, Charlottesville attracted the unwanted attention of the Ku Klux Klan, neo-Nazis and the alt-Right, all of whom descended on the little college town with the intention of exercising their First Amendment right to be disagreeable, to assemble, and to protest.

That’s when everything went haywire.

When put to the test, Charlottesville did not handle things well at all.

On August 12, 2017, government officials took what should have been a legitimate exercise in constitutional principles (free speech, assembly and protest) and turned it into a lesson in authoritarianism by manipulating warring factions and engineering events in such a way as to foment unrest, lockdown the city, and justify further power grabs.

On the day of scheduled protests, police deliberately engineered a situation in which two opposing camps of protesters would confront each other, tensions would bubble over, and things would turn just violent enough to justify allowing the government to shut everything down.

Despite the fact that 1,000 first responders (including 300 state police troopers and members of the National Guard)—many of whom had been preparing for the downtown rally for months—had been called on to work the event, and police in riot gear surrounded Emancipation Park on three sides, police failed to do their jobs.

In fact, as the Washington Post reports, police “seemed to watch as groups beat each other with sticks and bludgeoned one another with shields… At one point, police appeared to retreat and then watch the beatings before eventually moving in to end the free-for-all, make arrests and tend to the injured.”

“Police Stood By As Mayhem Mounted in Charlottesville,” reported ProPublica.

Incredibly, when the first signs of open violence broke out, the police chief allegedly instructed his staff to “let them fight, it will make it easier to declare an unlawful assembly.”

In this way, police who were supposed to uphold the law and prevent violence failed to do either.

Indeed, a 220-page post-mortem of the protests and the Charlottesville government’s response by former U.S. attorney Timothy J. Heaphy concluded that “the City of Charlottesville protected neither free expression nor public safety.”

In other words, the government failed to uphold its constitutional mandates.

The police failed to carry out their duties as peace officers.

And the citizens found themselves unable to trust either the police or the government to do its job in respecting their rights and ensuring their safety.