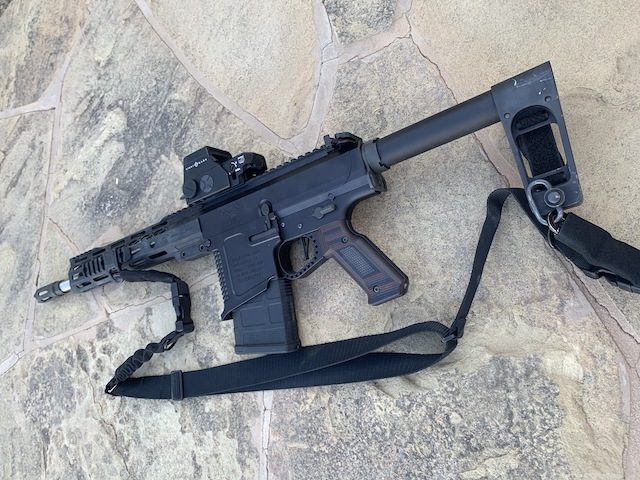 The Bureau of Alcohol, Tobacco, Firearms, and Explosives (ATF) released its final rule on stabilizer braces Friday, noting that individuals in possession of said braces have 120 days to register them once the final rule appears in the Federal Register.

This rule is effective the date it is published in the Federal Register.  Any weapons with “stabilizing braces” or similar attachments that constitute rifles under the NFA must be registered no later than 120 days after date of publication in the Federal Register; or the short barrel removed and a 16-inch or longer rifle barrel attached to the firearm; or permanently remove and dispose of, or alter, the “stabilizing brace” such that it cannot be reattached; or the firearm is turned in to your local ATF office. Or the firearm is destroyed.

In a more expansive explanation of the rule, the ATF pointed out options that individuals and FFLs (Federal Firearm License holders) possess if they are currently in possession of an AR pistol with a stabilizer brace.

Once the rule appears in the Federal Register, owners of AR pistols with stabilizer braces have 120 days to fulfill one of these five options:

Should individuals and FFLs be in possession of a firearm with an attached “stabilizing brace” such that the firearm  constitutes a firearm under the NFA [National Firearm Act] in addition to the GCA [Gun Control Act], the affected persons or FFLs will need to choose one of the following options.

The options presented in the final [rule]are:

Gun Owners of America, which brought a successful lawsuit last month to block many of Oregon’s new gun controls, has already made clear a lawsuit against the ATF’s stabilizer brace rule will be forthcoming.

Gun Owners of America’s Erich Pratt said, ““This admin continues to find ways to attack gun owners. We will continue to work with our industry partners to amplify the disapproving voices in the firearms industry and Gun Foundation, our sister legal arm, will be filing suit in the near future.”