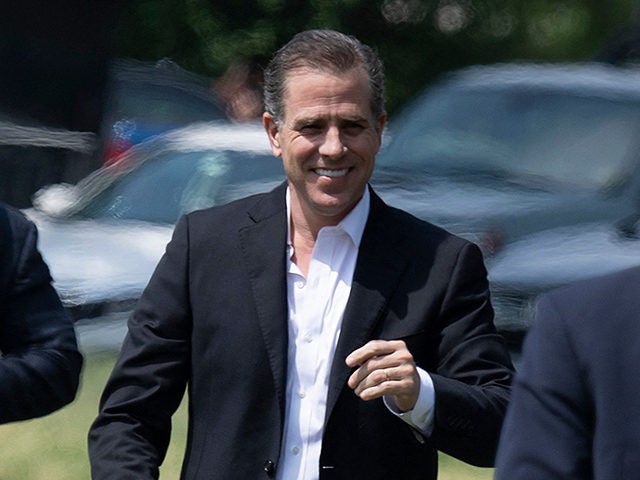 Hunter Biden, son of President Joe Biden, used the n-word multiple times in text messages with his white attorney, according to an explosive Tuesday report.

The president’s son joked in a January 2019 text to corporate attorney George Mesires about a ‘big penis’, and said to the lawyer: ‘I only love you because you’re black’ and ‘true dat n***a’.

In another text a month earlier he wrote to the Chicago lawyer saying: ‘how much money do I owe you. Becaause (sic) n***a you better not be charging me Hennessy rates.’

Mesires replied: ‘That made me snarf my coffee.’

Hunter added: ‘That’s what im saying ni…’, cutting off the racial slur mid-word, then texted a picture to Mesires.

In addition to the text messages, Hunter’s laptop is said to contain a meme depicting his father and former President Barack Obama, which included a racist slur.

The meme is a photo of Biden hugging Obama with the following caption:

Hunter’s laptop, which he reportedly abandoned at a Delaware shop in April 2019, created a firestorm of controversy for his father during the 2020 election. Emails on the laptop’s hard drive are said to have shown that then-Vice President Biden held a meeting with a high-ranking official at Burisma, the Ukrainian energy giant which Hunter Biden previously served as a board member. Yet, the president has denied any involvement in his son’s business dealings, despite the clear evidentiary contradictions.