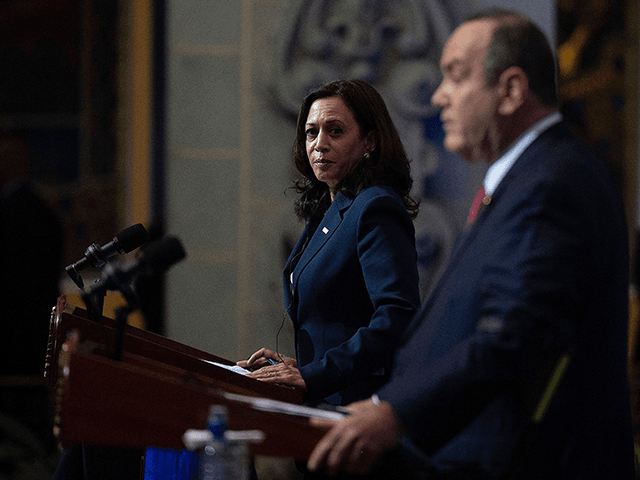 Mexico, Guatemala, and El Salvador, three Latin American countries vital to addressing the migrant surge, have all blamed the Biden administration’s promise of better treatment and policies for the border crisis.

On the eve of Kamala Harris’ visit to Guatemala Monday, marking her first foreign trip as vice president, Guatemalan President Alejandro Giammattei repeated his position during an interview that aired Sunday on CBS News’ “Face the Nation” that the Biden administration’s more welcoming tone is responsible for attracting the historic migrant surge overwhelming resources and personnel at the U.S. southern border.

The Biden administration’s promise that it will “reunite” migrant families and children with their relatives in America are incentivizing his compatriots to emigrate, Giammattei told CBS News.

“The very next day [after the Biden administration’s welcoming message], the coyotes were here organizing groups of children to take them to the United States,” Giammattei, who has blamed President Joe Biden’s lenient border security policies for the surge in the past, declared.