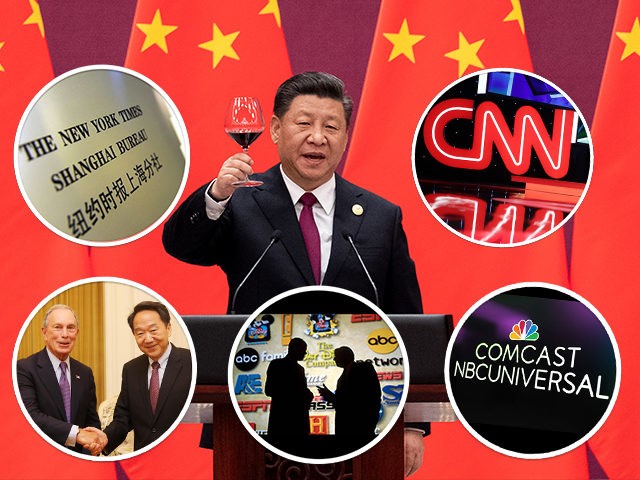 As has become clear in recent weeks, the establishment media and Silicon Valley Masters of the Universe were never particularly interested in doing accurate reporting on the COVID-19 pandemic.

As I document in my new bestselling book, Breaking the News: Exposing the Establishment Media’s Hidden Deals and Secret Corruption, the press sought to turn the virus into “God’s gift to the left” (that’s Jane Fonda’s terminology, not mine), pushing a narrative that we are all victims of the Trump Virus and the former president’s supposed incompetence. The only solution, we were told, was a massive expansion of government and more corporate control over our lives.

It became clear early on in the pandemic that the pro-Democrat media establishment was not going to do the Bad Orange President any political favors, even if that meant that they would have to ignore obvious leads on the biggest news story in decades. After all, the incentives for getting to the bottom of the origins of the virus were seemingly low for ideologically leftist reporters. If the crisis was seen as Trump’s fault, it would make it all the more likely he would lose his reelection bid in November 2020. And if it the plan was to portray the outbreak as the “Trump Virus,” it certainly couldn’t be the “Wuhan Flu” or “China Virus” too.

Perhaps more interesting, though, is that many of the newsrooms and tech platforms that control the vast majority of the flow of information on the pandemic have deep financial ties to China – or would like to have them one day.

Take NBC News for example. NBC News is part of the multinational conglomerate NBCComcastUniversal. Why would NBC News do a big exposé on, say, Chinese concentration camps when there is a Universal Studios in Beijing? Or why would NBC make it clear to their readers and viewers that China is the worst human rights abuser on Earth when, say, the latest movie from the Fast and Furious franchise is set to open and Universal is handling the international distribution? (Now all of a sudden actor John Cena’s groveling to the communist nation makes a lot more cents, I mean sense, doesn’t it?)

My reporting also confirms that news outlet with even a small amount of access to China are under near-constant fear of being thrown out of country, or even “disappeared.”

How about ABC News, which is owned by the Walt Disney Company. Disney’s business interests in China are vast, including billions of dollars in revenue from movies and theme parks. Recall that the end credits of the recent live-action remake of Mulan featured a thank you to a Chinese government security bureau linked to Uyghur concentration camps. Now you know why.

Laurene Powell Jobs, the Soros-esque tech heiress and multi-multi-billionaire that funds much of America’s media from The Atlantic to Axios to Mother Jones to Pro Publica and much more, derives much of her incalculable wealth from Apple and Disney, two massive businesses that have deep financial ties to China. In other words, a large portion of her net worth, and thus the capital used for those news outlets, is connected to Chinese money and labor. She makes piles of sweet, sweet commie cash, then she funds Democrats and left-wing media outlets.

Do you believe that any of these outlets (or politicians) were really going to dig deep to uncover the origins of the coronavirus, especially in an election year? Of course not. Because if they uncovered the truth, it just might be harmful for the businesses prospects of their bosses/benefactors. And of course, it might have helped Trump win.

I list a number of other news outlets in Breaking the News with disturbingly deep ties to China, with Bloomberg being perhaps the most shockingly intertwined. Mini Mike’s mega financial news business breathlessly reported China’s victory over COVID-19, uncritically accepting CCP propaganda on the issue, even touting China’s economy during this time, suggesting the communist nation is heading toward “world dominance.” Absurdly, China topped Bloomberg’s list of “COVID Zero havens.”