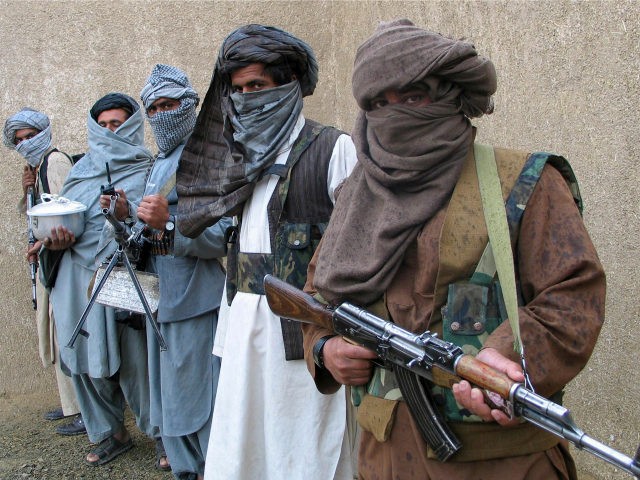 China Defends Afghan Taliban, Insists It Is Not a Terrorist Group

The editor-in-chief of the Global Times, a Chinese Communist Party propaganda newspaper, published a commentary Monday in defense of the Afghan Taliban, insisting it is not a terrorist group and antagonizing it is of “no benefit to China at all.”

Editor-in-Chief Hu Xijin repeatedly claimed the United States does not consider the Taliban a terrorist group, noting only the Pakistani Taliban, not the Afghan Taliban, appears on the State Department’s list of designated Foreign Terrorist Organizations. Hu notably omits that the Office of the Director of National Intelligence does refer to the Afghan Taliban as a terrorist organization, describing it more specifically as a critical ally to al-Qaeda, the jihadist group responsible for the September 11, 2001, terrorist attacks on the U.S. homeland.

The Afghan Taliban engaged in peace talks with the United States for much of 2020 under former President Donald Trump, concluding in an agreement that would have seen America pull troops out of Afghanistan on May 1, 2021, ending the two-decade-old Afghan War. President Joe Biden broke the agreement, extending the deadline first to September 11, then to August 31. The Taliban considered Biden’s move a violation of the agreement and a green light not to keep its own promises, resulting in a reinvigorated campaign against the legitimate government of Afghanistan. International observers believe the Taliban currently controls most of Afghanistan and may soon, after the withdrawal of U.S. troops ends, topple the Afghan government.

In anticipation of a full return to power by the Taliban, the Communist Party of China — extremely interested in turning Afghanistan into a “Belt and Road” country and indebting it with needless, high-interest loans for infrastructure projects — has engaged in several rounds of talks with the Taliban and defended it on the world stage. The Taliban, in turn, has failed to condemn China for its ongoing genocide of Muslim ethnic minorities in its west, despite being a Sunni Muslim organization.

Hu’s column in the Global Times appeared intended to calm observers concerned that China’s backing would embolden the Taliban to engage in more jihad, rather than in lucrative business with Beijing.

“The Afghan government and the Taliban have both expressed their friendly attitude toward China. This is certainly good for China,” Hu wrote. “Yet I saw some people have described the Taliban as an enemy of China’s national interests and called for the antagonism of China against the group. Such a claim is emotional, naive and deeply out of place in my opinion.”

“Some Chinese netizens do not understand Afghanistan. They have put labels on the Taliban and showed abhorrence against it because of the destruction of the Bamiyan Buddha, and the East Turkistan Islamic Movement (ETIM), which once had activities on Taliban’s domain,” Hu wrote. ETIM is a non-existent Uyghur jihadist group that China uses as its excuse to persecute Uyghurs, placing them in concentration camps for “re-education” to prevent their recruitment by ETIM. The United States government confirmed last year that no evidence suggests a single member of ETIM exists at the moment. Chinese nationals — not Uyghurs, but members of the ethnic Han majority of China — were arrested last year apparently embroiled in a plot to fabricate and build a fake ETIM cell in Kabul.

Hu claimed in his piece that he could confirm that no relationship exists between the fabricated ETIM group and the Taliban.