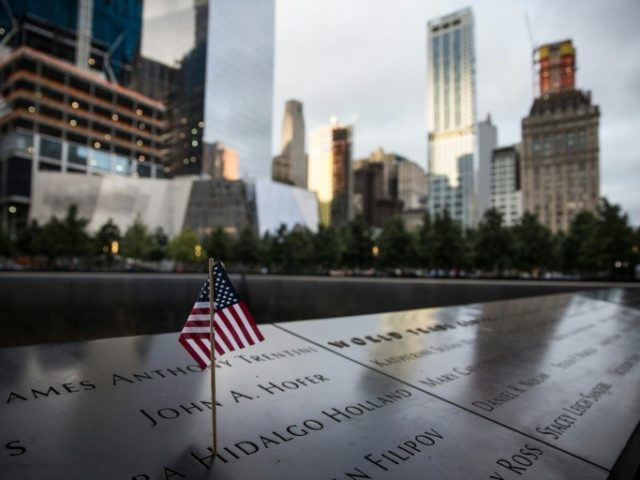 Over a Thousand 9/11 Memorials Across U.S. Honor Victims and First Responders

Over a thousand 9/11 memorials across the nation are honoring the nearly 3,000 people who were killed in New York City, Washington, DC, and Pennsylvania, 20 years ago.

“The majority of those memorials are in the New York, New Jersey and Connecticut area, as some 500 people who resided on Long Island and commuted into Manhattan’s World Trade Center perished on Sept. 11, 2001,” Fox News reported Thursday.

Following New York, New Jersey lost the second most number of individuals, with 746 residents who lost their lives, according to the outlet:

The 9/11 Memorial & Museum’s registry counts at least 1,190 memorial in place in the U.S., including at least 347 in New York and at least 41 in Connecticut. The “Empty Sky” memorial at Liberty State Park in Jersey City serves as the state’s official memorial site, according to New Jersey’s tourism website, and is among the at least 168 memorials statewide which vary from gardens to parks, as well as plaques and statues.

There were 1,243 memorials placed across the world because the attacks killed individuals from over 80 countries. However, approximately 96 percent of the memorials worldwide were in the United States.

Israel is the only country outside of the US to have a #September11 memorial honoring every victim by name, built out of Ground Zero wreckage. 🇺🇸🇱 pic.twitter.com/4GmO3UuNPM

“Of the 2,753 people killed at the World Trade Center, 343 were first responders from the Fire Department of New York, while another 71 were law enforcement officers from 10 different agencies,” the report said.

Saturday will be the 20th anniversary of the 9/11 terrorist attacks on the United States.

“The Al-Qaeda plane hijackings of September 11, 2001 were the first foreign attack on the US mainland in nearly two centuries,” according to AFP.

WUSA’s Mike Valerio shared a video of the 9/11 tribute at the Pentagon:

Stunning. 9/11 Tribute in Light at the Pentagon… Seen here from the banks of the Potomac. Visible for miles across Washington, Maryland and Virginia #September11 pic.twitter.com/ZU0Rkjx9HX

As has been done in previous years, the names of those who died at the World Trade Center will be read about by loved ones during the commemoration ceremony on September 11.

“Houses of worship are encouraged to toll their bells at 8:46 a.m., the time American Airlines Flight 11 crashed into the north tower between the 94th and 99th floors of the World Trade Center,” the Fox report said.