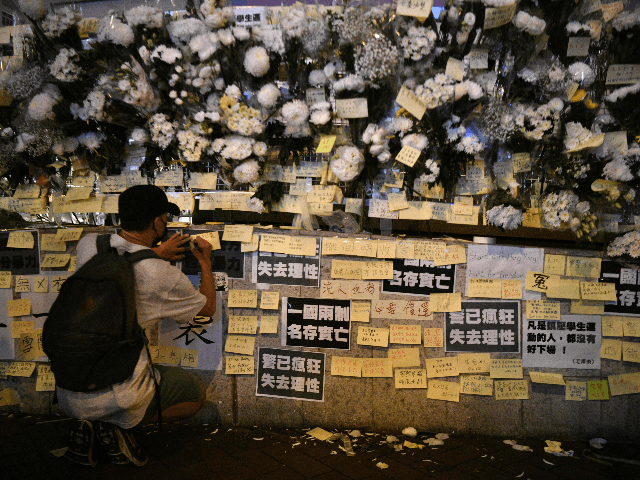 Hong Kong chief executive Carrie Lam called for an end to protest marches on Thursday and promised to hold constructive dialogue with movement leaders after caving in to one of their key demands and permanently withdrawing the controversial extradition bill. Movement leaders vowed to continue fighting until their other demands are addressed.

Lam’s Thursday press conference was her first public commentary after releasing a video message on Wednesday announcing the demise of the extradition bill.

Lam said she killed the bill to “help prevent violence and stop chaos as soon as possible, resume the social order and help our economy and people’s livelihood to move forward.” She said she made the decision on her own but had the full “respect” and “support” of the Chinese government.

Lam acknowledged that the protests were about more than just the extradition bill, but she also tried to divide the movement into “moderate” and “extreme” factions, encouraging the former to renounce the latter and engage in a constructive dialogue with her administration. Protest leaders denounced this gambit and insisted they would continue demonstrating until all of their concerns are addressed. Plans for more protest marches quickly flooded social media.

One of the first demonstrations after Lam announced the withdrawal of the bill turned into a brawl between police and protesters at the Po Lam railroad station on Wednesday night.

The protesters were angry that the station was closed on Saturday night, the anniversary of the beginning of Hong Kong’s previous round of pro-democracy demonstrations in 2014. The demonstrators accused the railroad station manager of bowing to pressure from Beijing by making it harder for them to move around the city.

The Po Lam station wound up getting closed again on Wednesday night due to the scuffle. Another demonstration on Thursday morning shuttered one of the gates at the Hang Hau station.

China’s state-run Global Times could scarcely believe ungrateful protesters refused the injection of “much-needed optimism” provided by Lam’s withdrawal of the extradition bill and warned that insufficient optimism would be punished.

“Though still facing criticism from some radical forces that showed no sign of backing down from violence, for many others, Lam’s plan marks a critical turning point, as genuine concerns over social and economic issues – from housing to employment – should be separated from irrational, ill-intentioned political goals, and society should unite and reject violence,” the Global Times editorialized.

Unsurprisingly, the party line advanced by the Global Times is that Lam ended legitimate protests by promising to permanently withdraw the extradition bill – a very minor concession if Beijing’s previous rhetoric is taken seriously, since they constantly chided the protesters for refusing to accept the bill was informally dead.