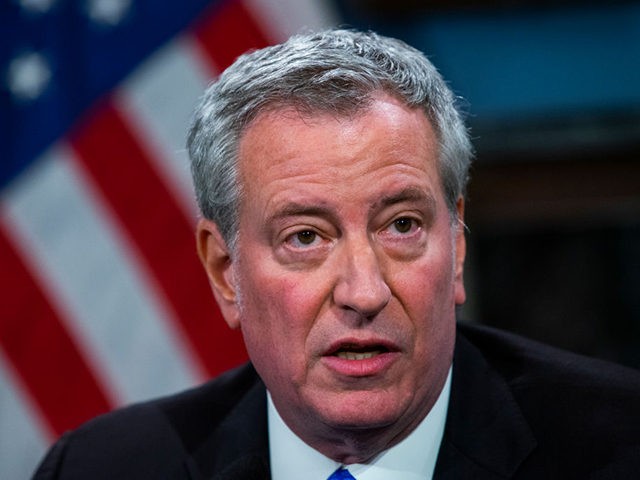 Following a weekend in which 35 people were shot, including a slain one-year-old boy, de Blasio lamented the number of guns in his city and in the U.S. as a whole.

He mentioned the deceased child’s name, Davell Gardner, Jr., and noted the vast number of possibilities and opportunities life could have delivered to him.

De Blasio then circled back to the shooting, saying, “This is not anything that we can allow in our city.”

He added, “It’s heartbreaking for so many reasons, and it begins with the fact that there’s just so many guns out there and that’s a New York tragedy and a national tragedy.”

Davell Gardner, Jr. was just starting his life. It was full of possibility.

Gun violence is a national tragedy. We cannot allow it to happen on our streets and to our children. https://t.co/mGTFSu5O7B

New York City is one of the most gun-controlled locations in the U.S. It exists under the umbrella of the SAFE ACT, which was signed into law following the December 14, 2012, attack on Sandy Hook Elementary School in Newtown, Connecticut.