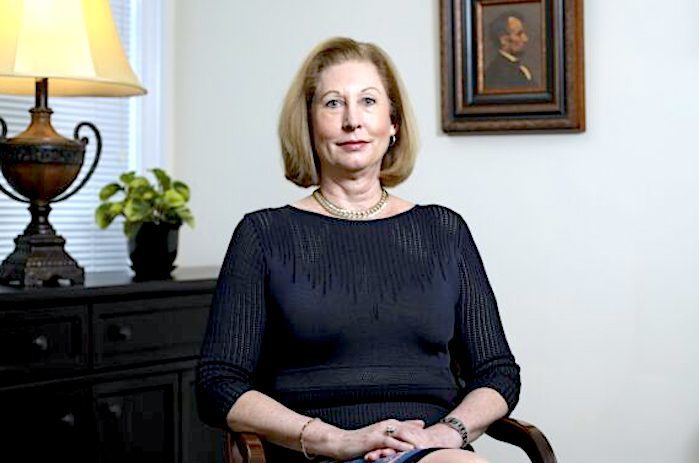 Shortly before the Associated Press announced late on Thursday that Joe Biden had won the state of Georgia after its secretary of state said that Biden had remained ahead after a hand recount of the state’s 5 million presidential votes making him the first Democratic presidential candidate in 28 years to win the state pending any potential litigation by Trump, the president’s attorney Sidney Powell warned that a “flurry of lawsuits” await election officials who certify the results of the election which she believes are fraudulent.

The former federal prosecutor, who is also Michael Flynn’s lead attorney in a case about lying to the FBI, told Fox Business host Lou Dobbs on Thursday that the Trump camp will press forward with legal action, targeting election officials as they certify the 2020 results in several key battleground states that have been called for President-elect Joe Biden. One of them would be Georgia’s Republican Secretary of State, Brad Raffensperger, who must certify the results by Friday.

Sidney Powell: "The entire election, frankly, in all the swing states should be overturned and the legislatures should make sure that the electors are selected for Trump" pic.twitter.com/gA6aFVhvdt

“Not against the company and the software,” Powell responded. “But the suits will be against the election officials to invalidate the results of the election and force it to the legislatures and the Electoral College and then the Congress if necessary.”

As we reported earlier, Powell asserted that Dominion and Smartmatic are “inexplicably intertwined.” She appeared with former New York City Mayor Rudy Giuliani and other members of Trump’s election legal team at a press conference in Washington, D.C., to accuse Democrats of an elaborate plot by his opponents to “rig” voting machines in the presidential.

During that conference, Giulianni said that he “can prove that [Trump] won Pennsylvania by 150,000 votes” and that “the people who did this have committed one of the worst crimes that I’ve ever seen or heard.” The former NYC mayor also said there is a pattern in the voting data that suggests “a plan from a centralized place” to commit voter fraud in Democrat-run cities.

At the same time, Powell said President Trump “won by a landslide,” and that their legal team will prove it.

Powell alleged a transnational conspiracy involving the “influence of communist money” from countries including Cuba, Venezuela, and “likely China” to overturn the presidential race via election software.

Powell also said that the legal team has testimony from an insider who unearthed provable fraud regarding voting machines and software used in multiple states. The person said they worked with the Venezuelan military, outlining a conspiracy between Smartmatic executives, former socialist Venezuelan dictator Hugo Chavez, and election officials in the country years ago.

The whistleblower said the “software and fundamental design of the electronic electoral system and software of Dominion and other election tabulating companies relies upon software that is a descendant of the Smartmatic Electoral Management System.”

“In short, the Smartmatic software is in the DNA of every vote-tabulating company’s software and system,” the whistleblower said.

Powell alleged that Smartmatic, Dominion, and others used technology on Election Day that was developed under Chavez’s regime years ago to “make sure he never lost an election.”

On Monday, Powell posted some of her evidence on Twitter, which consisted of three screenshots of an affidavit that she said was signed by a former military official from Venezuela about elections there. According to her and excerpts from the affidavit, elections software company Smartmatic helped the Venezuelan government rig its elections by switching votes and leaving no trail. The military official said in the excerpts that the U.S. election was “eerily reminiscent” of what happened in Venezuela’s 2013 presidential election.

“This person saw, by his own experience, exactly what was happening there was happening here,” Ms. Powell explained to Fox News on Monday.