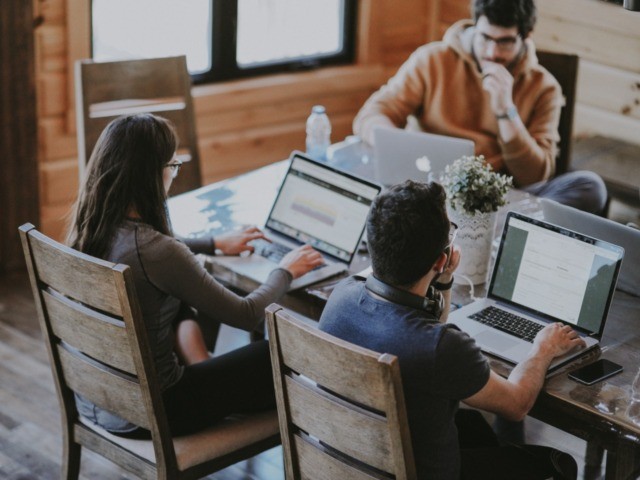 Save Jobs USA, made up of American professionals who were fired and forced to train their H-1B foreign visa replacements in 2015 by Southern California Edison, is asking the U.S. District Court for the District of Columbia for summary judgment to prevent an Obama-era regulation governing H-4 visa holders, the spouses of H-1B visa holders, which allows them to take U.S. jobs.

In 2015, the Obama administration implemented a Department of Homeland Security (DHS) regulation that allowed H-4 visa holders to obtain work permits to take U.S. jobs. In 2017, the Trump administration had sought to eliminate the regulation, but it was never finalized.

President Joe Biden, last month, announced that his administration would not seek to eliminate the regulation allowing H-4 visa holders to take U.S. jobs after lobbying from the U.S. Chamber of Commerce and other corporate interests.

Save Jobs USA’s lawsuit, in which plaintiffs are represented by the Immigration Reform Law Institute (IRLI), alleges that “the statutory terms of the H-4 visa do not authorize employment” and ultimately that the Biden administration is unlawfully inflating the U.S. labor market.

These American workers bring this action under the Administrative Procedure Act to challenge a DHS regulation designed to increase the amount of foreign labor in the United States and circumvent statutory protections for American workers by allowing — without authorization in the statute that governs the visas for both H-4 dependents and their spouses — certain aliens with H-4 visas to work in this country. The issue in this case is whether, as DHS claims, Congress has validly conferred on DHS a work-authorization power so sweeping and general that it permits DHS to issue the H-4 Rule even without any authorization in this governing statute. [Emphasis added]

Because Congress has not conferred upon DHS general authority to define classes of aliens eligible for employment through regulation, and because any such delegation of power would be unconstitutional, the H-4 Rule is in excess of DHS authority. Therefore, the Court must set it aside. [Emphasis added]