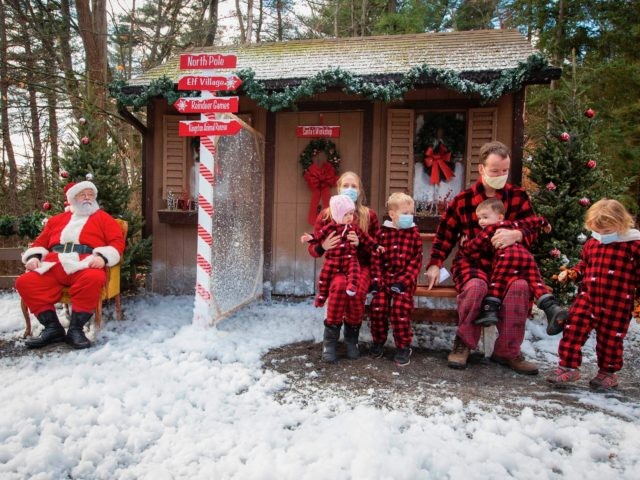 Britons should avoid gathering around the Monopoly board, singing with family members, or hugging loved ones during the Christmas season, the government’s scientific quango has warned.

While the British state has ordained that up to three households will be able to gather for a five-day “Christmas bubble” easing of the lockdown restrictions, the government’s Scientific Advisory Group for Emergencies (SAGE) — which has been spearheading the Boris Johnson’s response to the Chinese coronavirus — outlined a stifling list of Christmas guidelines in order to reduce transmission of the virus over the holiday season.

SAGE said that families should avoid board games, such as Monopoly or Trivial Pursuit, advising that groups should instead play quizzes and the like in order to limit interaction.

The scientific group went on to suggest that revellers create time tables for Christmas carolling on certain streets, rather than travelling door to door, suggesting “everyone to come outside to ring bells (e.g. The Christmas Eve Jingle) which would echo the Clap for Carers activities of March and April”, according to Sky News.

A professor of infectious disease epidemiology at University College London, Dame Anne Johnson, told The Telegraph: “If carollers ring the doorbell, they need to back away and sing from the street and not into your house.”

Professor Johnson went on to call on people to avoid mixing households if possible, saying: “The more people you mix with, the more likely you are to bring the virus into the family, so limit your numbers. Three households could be 18 or it could be four people,” she said.

Dame Anne said that relatives should sit at least two metres apart and to avoid “face-to-face contact” where possible saying: “That sounds kind of bonkers, doesn’t it, but I guess you can have a nice Christmas dinner spread out in your sitting room with your turkey on your knee,” adding: “The fewer people you’ve got around the Christmas table, the better.”

The scientific body also said to avoid close contacts with elderly relatives, telling people to refrain from kissing or hugging their loved ones as well as stationing grandparents near open windows when at the kitchen table.

“Where possible, identify ways to move celebrations and observances outside,” SAGE said.

In a press conference with Prime Minister Boris Johnson on Thursday, Professor Chris Whitty said: “Would I encourage someone to hug and kiss their elderly relatives? No, I would not… if you want them to survive to be hugged again.”

On Wednesday Peter Openshaw of the New and Emerging Respiratory Virus Threats Advisory Group warned that “kissing your grandparents may be delivering a deadly dose of the virus”.

The second national lockdown, which is set to end on December 2nd, will be replaced with a stricter form of the tiered regional restrictions, with almost all of England projected to be placed in either Tier 2 or 3 of the restrictions.

Brexit leader Nigel Farage predicted that Britons will defy the draconian restrictions, saying: “This is lockdown in all but name. I think that mass rulebreaking is coming.”