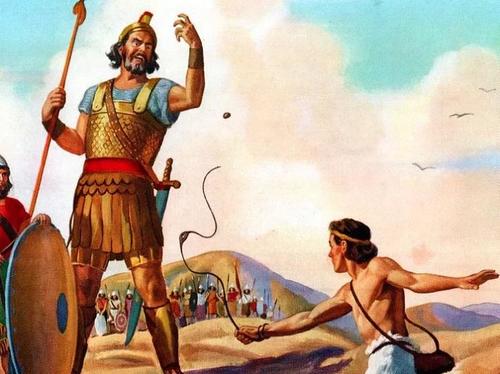 Red States Are Fighting Back Against The Reset – What Does This Mean For The Future?

Authored by Brandon Smith via Alt-Market.us,

The past year I have been writing extensively about what I call the “great conservative migration”; a shift in US demographics not seen since the Great Depression. Approximately 8.9 million Americans have relocated since the beginning of the covid lockdowns according to the US Postal service, and a large portion of these people are leaving left-leaning blue states for conservative red states in the west and the south. States like California, Illinois, New York and New Jersey were at the top of the list of states people wanted to escape.

The response from leftist states has been amusing. California, for instance, has tried to obscure the data on population loss and has dismissed the existence of the migration. They claim that the state population is actually rising, but fail to mention that most of California’s population “gains” have been from babies born along with an increase in illegal immigration. This has not offset the 267,000 individuals and families that left the state in the last three months 2020 alone. That’s an entire city of people, gone in 90 days.

And where are these people going? Places like Idaho, Texas, Tennessee, Florida, etc. ALL red states that are fighting back against draconian covid mandates and other unconstitutional measures. The only outlier seems to be Oregon, which also has seen a population spike, and this indeed appears to be a migration of Californians to the north.

This leads some conservative groups to believe there is an “invasion” going on of liberals into red states. After looking at the data and meeting many people moving to my own area in Montana, I find the “liberal invasion” narrative to be fraudulent.

Leftists don’t relocate to red states, at least not very often. They do not run away from their safe spaces. Rather, they relocate an hour or two from the cities they are addicted to. This is what the data from San Francisco shows. With over 80% of people moving from the city staying within California. In other words, some leftists want to get out of the cities, but they don’t want to move far from their beloved progressive Utopias and they certainly don’t plan on embedding in conservative strongholds and trying to “take over”.

Why this theory persists is beyond me as it has no basis in reality.

No, the people moving across state lines today are mostly conservatives, they are congregating en masse in red states, and the effects have been rather dramatic. Home prices have skyrocketed due to extreme demand. In Montana, people are buying real estate sight unseen, a lot of it raw land that they are trying to build on. Lumber prices have tripled, and anyone in the construction business is booked a year and a half out. There are new residents actually scouring the message boards looking for ANYONE that can do work for them. There is nobody available. No one I know has seen anything like it in their lifetime.

Luckily, a lot of these people seem to be on the same page in terms of principles. Those I have met are all conservative and the majority of them are preppers. They moved here because they know what is coming and they want to be surrounded by like minded neighbors when the manure hits the fan. Specifically, they do not want to be caught isolated in a blue state where vaccine passports, masks and lockdowns become a regular part of life for them and their children. They want to remain free.

On the other hand, I am also hearing rumors that the relatively small number of leftists that live in my county want to leave. Some have expressed the need to “get out” and vacation in places like Portland, Oregon, where they “feel safe” because “everyone wears masks”. And I say, good for them. Hopefully they will stay there. These types of people are miserable excuses for human beings and they make everyone else around them miserable by constantly whining about how “no one follows the rules”.

As a point of reference, there have been only 17 deaths from covid in my county in well over a year. The death rate is non-existent, and the virus already swept through the area with almost everyone either infected or asymptomatic. No one in Montana is afraid of this virus except a handful of weak minded progressives.

My suspicion is that when all is said and done by the end of 2021 the US will essentially be split into two distinct nations: A leftist Marxist nation that continues to degrade into tyranny, and a conservative nation that people want to escape to so they can keep their liberties. Leftists won’t want to live near us, and we certainly will not want to live near them. Hypothetically, it should be a win-win situation, but there are other factors to consider.

We must also take into account red counties. For example, the blue state of Virginia is actually only blue in a handful of counties. The majority are conservative and have stood in defiance of attempts by gun grabbing governor Ralph Northam, saying they will ignore any new gun laws Northam and the state legislature passes. County governments and county sheriffs are in agreement; Northam has no power in these places.

In Eastern Oregon and Northern California, there is a push by multiple counties to actually join Idaho and become a part of the conservative state. The majority of voters in these counties supported the transition. The idea being that this is not a secession, and so the move will be far easier to accomplish with less legal obstacles. The decision will be voted on by county residents in May, and of course there will be attempts by congress to obstruct if the outcome is favorable.

Even if the movement is not successful, the fact that voters in red counties are unified in their goal to get away from leftist political control should be taken very seriously. This is not just about states defying federal dictates, it’s also about counties defying state governments that do not represent their values.

The bottom line is this – The leftist ideology is collectivist and totalitarian in nature. It is completely incompatible with the conservative principles of liberty, self determination, meritocracy, limited government and free market economics.

The social justice cult has gone so far into extremism that reason and logic are actually vilified by them. They openly support mass censorship, mass violence against innocent people, mob intimidation against the citizenry, they argue in favor of economic lockdowns and unconstitutional covid mandates, they support draconian vaccine passports, and they are partners with Big Tech corporations as well as globalists institutions like the Ford Foundation and the Open Society Foundation. They are diametrically opposed to everything that conservatives and lovers of liberty hold dear.

Honestly, it is unlikely that we will be able to share the same land mass, let alone the same cities and states, but I’ll get to that in a moment…