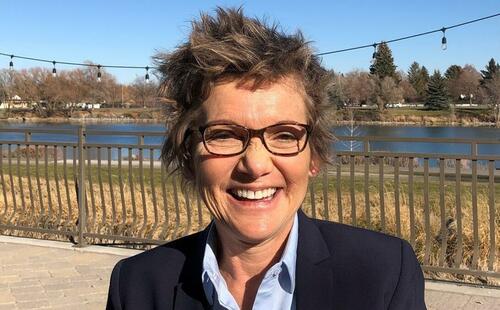 San Francisco Fed President Mary Daly, who makes $422,900 per year – and scrambled out of dozens of investments last year shortly before the Fed finalized strict new limits on policymakers’ portfolios – just had her ‘Nancy Pelosi Ice Cream” moment, dropping a sidewalk-spattering turd from her ivory tower on the average struggling American.

During an interview with Reuters broadcast live on Twitter spaces, Daly said: “I don’t feel the pain of inflation anymore. I see prices rising but I have enough… I sometimes balk at the price of things, but I don’t find myself in a space where I have to make tradeoffs because I have enough, and many Americans have enough.”

As documented by BitcoinMagazine‘s Dylan LeClair:

Perhaps realizing the terrible optics of what she just said, Daly then expressed sympathy for those who don’t “have enough.”

Except, as LeClair further points out, Daly was a huge proponent of “a sustained period of moderately above-target inflation” to “complete the job.”

Thank god for that PhD pic.twitter.com/LDc2cILMht

Now, with all that said, describe what you think the President of the Federal Reserve Bank of San Francisco would be like.

According to splashpad.org, if you answered a former high school dropout, an enthusiastic texter, someone with a flair for dressing hip, a lesbian podcaster, and a neighbor of the Grand Lake Theater, you’d be right…

Her background is in the study of economic equality, and she wants to make it clear that her success story should not be an exception, but the rule.

‘Economic Equality’ for you, but not for me?