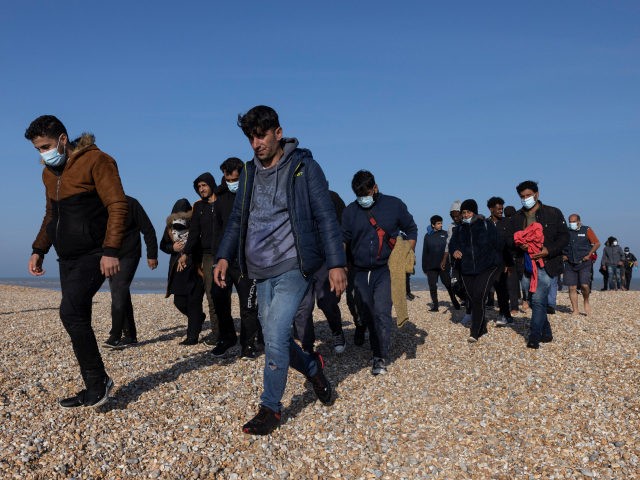 mmanuel Macron has suggested that the UK should allow illegal migrants, waiting in France to cross the English Channel, to enter freely under “family reunification” grounds.

The French president made the remarks after the UK has seen a series of record-breaking crossings of mostly Middle Eastern male migrants in the past few months, largely travelling from France, with some 24,500 reaching British shores already this year.

Speaking to the regional La Voix du Nord newspaper this week, President Macron said of the migrants amassing in areas like Calais: “I hear concerns from groups and rights organisations. We must take several actions: prevent the sustainable establishment of camps, act upstream to dismantle smuggler networks, and strengthen work with the countries of origin to prevent these flows.”

“On the other hand, we have the British, who waver between partnership and provocation. We need to further strengthen collaboration with them. If those [migrants]who want to go to Britain have family there, it has to be part of family reunification. If they are trafficked, we have to break this system,” Macron added.

Family reunification, also known as chain migration, is a large driver of immigration in some European countries, with a 2020 report revealing that in the preceding decade, Sweden had granted 1.2 million residency permits — around one-tenth of its own population — of which 365,000 were for family reunification.

A 2019 report from the German Federal Statistical Office found that the main motivation for 13.5 million people to move to Germany was for family reunification reasons, in 48 per cent of cases.

Germany and Sweden were known to have taken in a very high number of migrants during the 2015 migrant crisis, with Germany taking the highest total number and Sweden the highest number per capita in Europe.